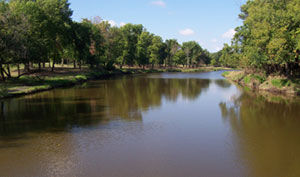 The La Salle River watershed encompasses 2,400km2 of the central plains region of Manitoba.  It is home to a large number of small communities including 5 rural municipalities and portions of the City of Winnipeg.  The watershed is also represented by 5 planning districts, a wide variety of producer groups, Hutterite Colonies, community associations, business associations and the La Salle Redboine Conservation District.

In March of 2006, LSRBCD was designated the Water Planning Authority for the La Salle River Watershed.  Area stakeholders, from various organizations, agencies and industry, were invited to participate in a consensus based planning process.  In January of 2007 a State of the Watershed Report was completed and it was used in conjunction with public meetings to develop a listing of priority issues and solutions.  A draft plan was completed and was reviewed during a second round of public meetings in 2008.  A second draft plan was then completed, and reviewed in April of 2009. 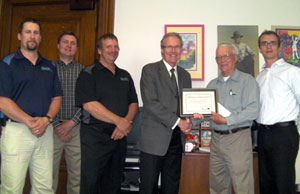 On June 7, 2011 LSRBCD Staff and Board Members were presented with a Certificate of Appreciation to recognize the official signing and acceptance of the La Salle River IWMP by the Minister for Water Stewardship.  The presentation was made by the Deputy Minister at a reception at the Manitoba Legislature.